Fallout from the Great Recessions continues to work its way through the courts. The latest is Perry Capital LLC v. Mnuchin, No. 14-5243 (D.C. Cir.), a high-profile case in which shareholders of the Federal Home Loan Mortgage Corporation (Freddie Mac or Freddie) and Federal National Mortgage Association (Fannie Mae or Fannie) are suing their regulator, the Federal Housing Finance Agency (FHFA), and the Department of the Treasury. The suit aims to stop the quarterly diversion of the net earnings of these Government Sponsored Enterprises (GSEs) to the Treasury in connection with preferred stock Treasury purchased in 2008. The Third Amendment agreement between FHFA and Treasury, the so-called net-worth sweep amendment, prevents the GSEs from increasing their capital to safe and sound levels, which would then lead to being released from conservatorship. 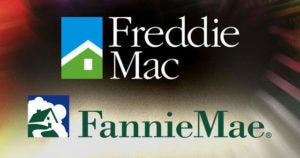 On February 21, 2017, the U.S. Court of Appeals for the District of Columbia Circuit held that shareholders stated a direct-contract claim against FHFA as conservator of Freddie and Fannie for breach of the shareholders' liquidation and dividend rights. The court remanded the case for further proceedings on that issue. The court rejected claims for injunctive relief and claims for breach of fiduciary duty against FHFA and Treasury.

On September 6, 2008, FHFA appointed itself as the conservator for Freddie Mac and Fannie Mae. Freddie and Fannie buy mortgage loans from banks, securitize them, and sell certificates to investors that entitle them to an income stream from the principal and interest payments on the loans in the securitized pool. For a fee, Fannie and Freddie also guarantee repayment.

In addition to these agency securitizations, both companies invested heavily in residential mortgage-backed securities (RMBS) created by large banks, so-called private-label securitizations, which do not guarantee repayment. When the housing market collapsed led by securitized subprime mortgages, Freddie and Fannie became insolvent.

Although Freddie and Fannie were not explicitly backed by the full faith and credit of the United States, as a practical matter it was imperative that they be rescued to stave off a further collapse of the U.S. housing market and its negative impact on the U.S. economy. To that end, FHFA was created in the summer of 2008 under the Housing and Economic Recovery Act of 2008 (HERA) as the new federal regulator for the GSEs. Shortly thereafter, FHFA placed them into conservatorship.

Simultaneously, FHFA as conservator entered an agreement with the U.S. Treasury Department under which Treasury purchased approximately $200 billion in preferred stock in the companies at an interest rate of 10 percent, and pledged to infuse more capital if needed. For years thereafter, the GSEs had insufficient income to pay dividends which caused them to borrow more money from Treasury to do so. Eventually, they returned to profitability as the housing market recovered.

The court held that the APA and HERA claims for injunctive relief are barred by FHFA's anti-injunction statute, which is identical to FDIC's. HERA is largely cribbed from the Federal Deposit Insurance Act and because FHFA was created in 2008, almost all caselaw relates to FDIC's receivership and conservatorship responsibilities for failed banks. Not surprisingly, therefore, the court relied on its decision in National Trust for Historic Preservation in the United States v. FDIC (National Trust I), 995 F.2d 238 (D.C. Cir. 1993) (per curiam), aff'd in relevant part, 21 F.3d 469 (D.C. Cir. 1994) which construed FDIC's anti-injunction

statute. The court held that so long as FHFA was acting within its statutory powers and functions as a conservator, the courts lack subject matter jurisdiction to restrain or affect its acts or omissions.

The court also held that the derivative claims were barred because FHFA as conservator succeeded to all the rights and privileges of Freddie and Fannie, including any derivative claims. However, the court held that the shareholders were entitled to pursue their direct contract claims against the GSEs, and FHFA as their conservator, for breach of their liquidation preferences and dividend rights. The case, therefore, was remanded to the district court for further proceedings.