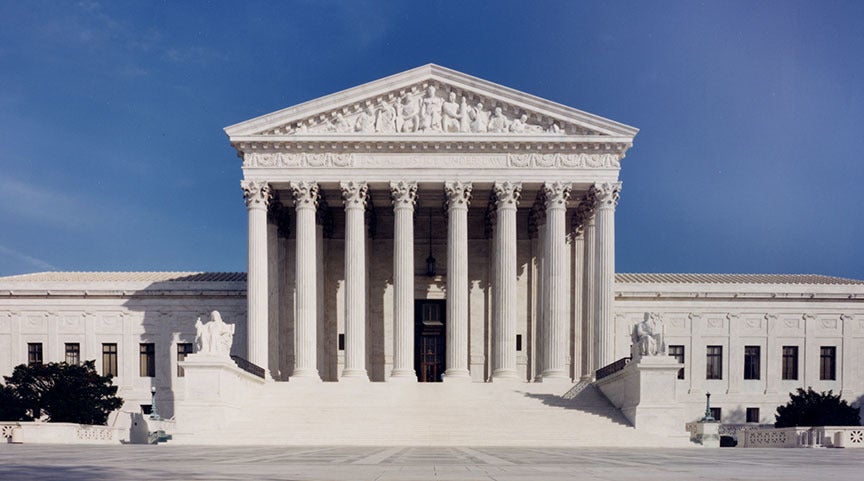 Where the Federal Government usurps private property, the remedy is straightforward.  The Takings Clause of the Fifth Amendment provides a monetary remedy: “[N]or shall private property be taken for public use, without just compensation.”  The Tucker Act grants subject matter jurisdiction in the U.S. Court of Federal Claims for Takings Claims: “The United States Court of Federal Claims shall have jurisdiction to render judgment upon any claims against the United States founded either upon the Constitution, or any Act of Congress….”  28 U.S.C. § 1491(a)(1).

However, prior to the Supreme Court's decision in Knick v. Township of Scott, Pennsylvania, 139 S. Ct. 2162 (2019), where a state or local government took private property the takings remedy could be illusory.  The Civil Rights Act of 1871 guarantees a “federal forum for claims of unconstitutional treatment at the hands of state officials.”  42 U.S.C. § 1983.  The Fifth Amendment applies to the actions of the states through the Fourteenth Amendment.  Lugar v. Edmondson Oil Co., Inc., 457 U.S. 922 (1982).  In Williamson County  v. Hamilton Bank of Johnson City, 473 U.S. 172 (1985), the Supreme Court held that a property owner whose property has been taken by a local government has not suffered a violation of the owner's Fifth Amendment right—and therefore cannot bring cannot bring a federal takings claim in federal court—until a state court has denied the claim for just compensation under state law.  Id.

The holding in Williamson County created a latent catch-22 possibility.  In San Remo Hotel, L.P. v. City and County of San Francisco, 545 U.S. 323 (2005), plaintiff sought relief under the takings clause in a state constitution.  When that action was unsuccessful, plaintiff sued in federal court claiming a claim under the Fifth Amendment.  The Supreme Court, however, held that the full faith and credit clause statute, 28 U.S.C. § 1738, required the federal court to give preclusive effect to the state court's decision, thereby blocking any subsequent consideration of whether the plaintiff had suffered a taking within the meaning of the Fifth Amendment.  Id at 2169.  In effect, the Williamson County holding gave control to the state courts over federal takings claims.

In Knick, plaintiff Rose Mary Knick owned ninety acres of land in the Scott Township, Pennsylvania (the Scranton area).  Other than the land upon which her house resided, she the rest of the property was used as a grazing area for horses and other farm animals.  The property includes a small graveyard where the ancestors of neighbors are buried.  In 2012, the Township passed an ordinance requiring that “[a]ll cemeteries … be kept open and accessible to the general public during daylight hours.”  When the Township sought to enforce the ordinance, Knick sued for declaratory and injunctive relief in state court claiming a taking of her property.  She did not seek compensation through an inverse condemnation action.  In response, the Township withdrew its violation notice and agreed to stay enforcement during the state-court proceeding.  The state court, however, declined to rule on Knick's declaratory and injunctive action because absent an effort to enforce the ordinance she could not demonstrate irreparable harm.

Knick then sued in federal district court under section 1983 alleging that the ordinance violated the Takings Clause of the Fifth Amendment.  The district court dismissed the case because she had not pursued an inverse condemnation action in state court as required by Williamson County.  The Third Circuit affirmed the dismissal but noted that the ordinance was constitutionally suspect.

The Supreme Court then granted certiorari and abrogated Williamson County.  Chief Justice Roberts writing for the majority explained: “Contrary to Williamson County, a property owner has a claim for a violation of the Takings Clause as soon as a government takes his property for public use without paying for it.”  Id. at 2170.   “If a local government takes private property without paying for it, that government has violated the Fifth Amendment—just as the takings clause says—without regard to subsequent state court proceedings.  And the property owner may sue the government at that time in federal court for the “deprivation” of a right “secured by the Constitution.”  42 U.S.C. § 1982.  The Court explained that “[a]s long as an adequate provision for obtaining just compensation exists, there is no basis to enjoin the government's action effecting a taking.”  Id. at 2176.

We conclude that a government violates the Takings Clause when it takes property without compensation, and that a property owner may bring a Fifth Amendment claim under § 2983 at that time.  That does not as a practical matter mean that government action or regulation may not proceed in the absence of contemporaneous compensation.  Given the availability of post-taking compensation, barring the government from acting will ordinarily not be appropriate.  But because the violation is complete at the time of taking, pursuit of a remedy in federal court need not await any subsequent state action.

Id. at 2177.  The Chief Justice Roberts responded to Justice Kagan's statement in her dissent that the Knick decision changes over 100 years of legal rulings, stating that “under today's decision every one of the cases cited by the dissent would come out the same way—the plaintiff would not be entitled to the relief they requested because they could instead pursue a suit for could instead pursue a suit for compensation.”  Id. at 2177.