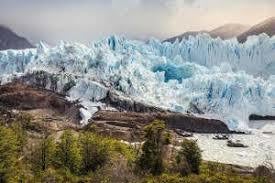 On January 17, 2020, the Ninth Circuit reversed the district court in Oregon's decision that plaintiffs' suit seeking a declaratory judgment and an injunction against the United States to force action on climate change could proceed.  Plaintiff Kelsey Juliana and twenty other young citizens along with an environmental organization sued the United States, the President, and a number of federal agencies presenting what the court called a “substantial evidentiary record” of documents demonstrating that the federal government has long promoted fossil fuel use despite knowing that it can cause catastrophic climate change, and that the failure to change existing policy may hasten an “environmental apocalypse.”   The complaint asserted violations of plaintiffs' substantive rights under the Due Process Clause of the Fifth Amendment to equal protection of the law, plaintiffs' right under the Ninth Amendment and of the public trust doctrine.  The complaint asked the court to order the government to implement a plan to “phase out fossil fuel emissions and draw down excess atmospheric (carbon dioxide).”  The district court denied the motion of the United States to dismiss concluding that plaintiffs had standing, raised justiciable questions, and stated a claim for infringement of a Fifth Amendment due process right to a “climate system capable of sustaining human life.”  The government unsuccessfully sought a writ of mandamus from the Ninth Circuit and the Supreme Court denied the government's motion for a stay of proceedings finding it premature.  The Supreme Court, however, noted that the “breadth of respondents' claims is striking … and the justiciability of those claims presents substantial grounds for difference of opinion.”

In the opinion that followed, the Ninth Circuit noted that plaintiffs had compiled an extensive record, which at this stage it was required to view in a light most favorable to the plaintiffs, including copious expert evidence demonstrating that the unprecedented rise in temperature stems from fossil fuel combustion and will wreak havoc on the Earth's climate if unchecked.  The court also observed that the record “conclusively establishes that the federal government has long understood the risks of fossil fuel use and increasing carbon dioxide emissions” and that the government “by and large has not disputed the factual premises of the plaintiffs' claims.”

On appeal, the government first argued that the claims must proceed under the APA or not at all.  The Ninth Circuit rejected this claim, reasoning that the Administrative Procedure Act, 5 U.S.C. § 702 et seq (APA) contemplates a suit against the decision of a particular agency and plaintiffs do not base their claim against an individual agency and, therefore, the APA was inapplicable.  The court also disagreed that the APA's comprehensive scheme implicitly barred plaintiffs' freestanding constitutional claims.  The court reasoned that “even if some constitutional challenges to agency action must proceed through the APA, forcing all constitutional claims to follow its strictures would bar plaintiffs from challenging violations of constitutional rights in the absence of discrete agency action that caused the violation.”

Nevertheless, the Ninth Circuit agreed that plaintiffs lacked Article III standing.  The court found that although plaintiffs complaints were discrete and particularized and that the causation requirement was satisfied at the summary judgment stage, plaintiffs could not satisfy the third element of standing—that the injury is likely redressable by a favorable judicial decision.  The court stated that plaintiffs do not claim that the government violated a statute or regulation and do not assert a violation of a procedural right; nor the court noted do plaintiffs seek recovery under the Federal Tort Claims Act, 28 U.S.C. §§ 2671 et. seq.  Instead, the court of appeals noted their “sole claim is that the government has deprived them of a substantive constitutional right to a ‘climate system capable of sustaining human life,' and they seek remedial declaratory and injunctive relief.”  The court acknowledged a disagreement about whether the asserted constitutional rights exist, but that, even if they do, not all meritorious legal claims are redressable in the federal court.  It stated that to meet the redressability requirement of Article III standing a plaintiff must show that the relief sought is both substantially likely to redress their injuries and within the district court's power to award.  “Redress need not be guaranteed, but it must be more than ‘merely speculative.'”  The court stated that plaintiffs seek not only to enjoin the Executive from exercising discretionary authority expressly granted by Congress to lease land for coal mining but also to enjoin Congress from exercising power expressly granted by the Constitution over public lands.  The court pointed out that emissions come from foreign and non-government sources and that remediation requires more than the cessation of the government promotion of fossil fuels.  Indeed, the court observed, plaintiff's “experts opine that [remediation] calls for no less than a fundamental transformation of this country's energy system, if not that of the industrialized world.”

The court continued that in addition to its skepticism about redressability plaintiffs had “not surmounted the remaining hurdle—establishing that the specific relief they seek is within the power of an Article III court.”  The court observed that the relief sought would require the court to dictate the actions of both the executive and the legislative branches and therefore redressability implicates separation of powers concerns.  The court noted that federal courts have no commission to allocate political power and influence without standards to guide in the exercise of such authority.  If it were otherwise, the court stated “federal judicial power could be unlimited in scope and duration and would inject the unelected and politically unaccountable branch of the Federal Government [into] assuming such an extraordinary and unprecedented role.”  While acknowledging that plaintiffs had made a compelling case, the court stated that it reluctantly concluded that “plaintiffs' case must be made to the political branches or to the electorate at large.