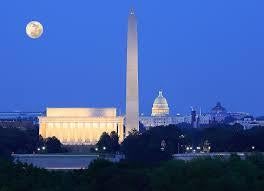 Since the S&L crisis of the late 1980s and early 1990s and the more recent Great Recession that began in earnest in September 2008, the Federal Deposit Insurance Corporation (FDIC), acting in its receivership capacity or as corporate liquidator, has resolved the affairs of thousands of insured depository institutions.  Thanks to the FDIC's resolution process in which a failing bank typically is closed on a Friday afternoon and reopens the next day under new ownership, the country has weathered both crises quite well, despite the too-big-to-fail moral hazard made glaringly obvious in the Great Recession.  All one needs to do is look at what happened to banks during the Great Depression before the creation of the FDIC and federal deposit insurance to understand the critical role the FDIC plays in maintaining confidence in the nation's financial system.

Prior to the 1990s, the courts were accommodative to the FDIC's efforts to develop federal common law to fill in the gaps of undeveloped statutory bank-receivership law.  The FDIC's ability to liquidate the assets of failed banks and thrifts (collectively, banks) is vitally important to the replenishment of the Bank Insurance Fund.  Over the the last quarter of a century, however, as the S&L crisis began to crest in the early 1990s, the federal courts in general, and the Supreme Court in particular, began pushing back on federal common law favorable to the FDIC's resolution efforts.  The Court's recent decision in Rodriquez v. FDIC completes a sweep of federal common law favorable to  the FDIC to the dust bin of history--with one important wrinkle.  We explore here the extinction of these federal court-made rules and the potential impact on the FDIC's resolution and liquidation efforts in a future financial crisis.

The wisdom of the administrative state, which has its roots in the Progressive and New Deal Eras, is much debated today in all three branches of the federal government. Given the stakeholders who benefit from regulation and those who seek to dismantle the regulatory-agency model, there is every reason to think that suits challenging decisions of the United States, including the president and federal agencies, will increase in the coming years for two reasons. Those who benefit from regulation will resist deregulation, in part, by challenging in court an agency's justification for repeal of regulations where repeal is inconsistent with the agency's congressional mandate. Those favoring deregulation will challenge final agency decisions not only to slow or reverse the impact of regulation generally but also to advocate for overturning case law that requires the courts to defer to an agency's interpretation of statutes it implements and its accompanying regulations.

The Administrative State Is Under Siege by All Three Branches The framers could hardly have envisioned today's vast and varied federal bureaucracy and the authority administrative agencies now hold over our economic, social, and political activities.

A practitioner involved in suits seeking to restrain or affect the actions of the federal government must appreciate the fact that suing the United States is not like suing a private party. A private defendant is not protected by sovereign immunity and typically is not the beneficiary of constitutional limitations or the limited jurisdiction of the federal courts. This article provides an overview of the many thorny issues that can arise in suits seeking to enjoin the actions or conduct of the sovereign and addresses not only the scope of the Administrative Procedure Act (APA) but also the implicit causes of action the Supreme Court has recognized when the government, including the Executive Office of the President of the United States, acts unconstitutionally or in excess of statutory authority. Both government and private attorneys will need to be well versed in the law governing equitable actions against the United States or federal agencies.

In 2003, legendary investor Warren Buffet famously called derivatives "weapons of mass destruction."  The events of the past few months have proven him to be right.

On September 16,2008, the federal government exercised powers rarely used since the Great Depression to save the American International Group ("AIG").  AIG is the nation's largest insurance company with $1 trillion in assets, operations in 130 countries, and seventy million customers.  At the same time, the government drew a line in the sand and refused to throw Lehman Brothers, one of Wall Street's top investment banks with approximately $650 billion in assets, a similar life line, or to help engineer a shot-gun merger backed by the Federal Reserve as it had done in March 2008 with Bear Sterns, another top Wall Street investment bank.

How did these two seemingly different companies end up with the same problem at the same time?  And why did the government treat them differently even though both were failing simultaneously for the same reason--over exposure to a heretofore little known derivative called a credit default swap ("CDS").

The answer to the first question is that virtually anyone can participate in the wholly unregulated CDS market.  A CDS is a derivative, a quasi-insurance product, that protects the "insured" against a company defaulting on its debt obligations. . .

Importantly, a purchase of CDS need not have an insurable risk related to the bondholder.