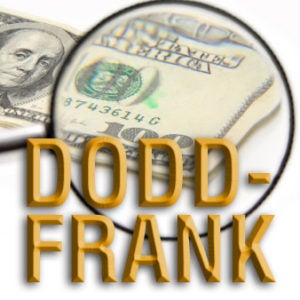 In the Dodd Frank Act, Congress directed several federal agencies, including the Board of Governors of the Federal Reserve System (FRB) and the Securities and Exchange Commission (SEC), [i] to jointly promulgate a regulation that requires securitizers of asset-backed securities to retain at least 5 percent of the credit risk of the underlying loans.  15 U.S.C. §78o-11(c)(1)(B)(i).  In response, the agencies promulgated the Credit Risk Retention Rule (CRR Rule), 79 Fed. Reg. 77,601 (Dec. 24, 2014).  The CRR Rule fosters appropriate underwriting of securitized loans by requiring securitizers to retain “skin in the game.”  S. Rep. No. 111-176, at 129.  The Loan Syndications and Trading Association (LSTA) sued the FRB and SEC challenging the application of the CRR Rule to a distinct segment of the asset-backed securitization market, known as collateralized loan obligations (CLOs).

In most securitizations, called collateralized debt obligations (CDOs), the “sponsor,” the bank that originated or purchased the loans, transfers them to a special purpose vehicle (SPV).  The SPV is a passive corporation whose only function is to hold the assets to be securitized, sell securities to investors, use the proceeds from the sale of the securities to pay the sponsor for the loans, and then periodically pay investors their proportional share of the income stream from the securitized assets.  The securitization is divided into tranches whereby purchasers of the lower tranches receive a higher rate of return on their investment, because any reductions in the income stream caused by defaults on the underlying loans will reduce—or eliminate—the periodic payments made by the SPV to investors in the lower tranches.  Payments are made under a tiered waterfall scheme, whereby top-tier investors must be paid in full before income overflows to the next lowest tranche.

The FRB and the SEC applied the CRR Rule to CLO managers reasoning that, although they do not own or possess the loans transferred to the SPV, they are the sole entity that “organizes and initiates” the transaction and causes the loans to be “transferred” to the SPV, relying on a narrow meaning of the word “transfer” that requires neither possession nor ownership.  The regulators also interpreted “retain” to require a CLO manager to acquire at least 5 percent of the credit risk of the securitized loans.

Although the Court applied Chevron deference, it concluded the regulators stretched the meaning of “transfer” and “retain” too far where Congress's concerns about underwriting of securitized assets did not apply directly.  The court observed that because CLO managers are paid based upon the performance of the loans chosen for securitization, they already have an incentive to assure the loans chosen are properly underwritten, which was not the case for asset-backed securitizations under the originate-to-distribute model that played a significant role in the Great Recession.

The Court rejected the regulators concern that if CLOs were not subject to the CRR Rule, the CDO industry would change its model to that used in CLOs and avoid retaining “skin in the game,” in contravention to congressional intent.  The court concluded after careful consideration that securitizers in the two hypothetical scenarios offered by the Government would not be able to avoid the requirements of the CRR Rule.

The court noted that it “understand[s] the agencies' plight” in attempting to apply the CRR Rule to situations where entity that organizes and initiates the securitization does not own the assets but concluded if such a loophole proves problematic it must be remedied by Congress—not by regulation.  “[T]he agencies' policy concerns cannot compel us to redraft the statutory boundaries set by Congress.”