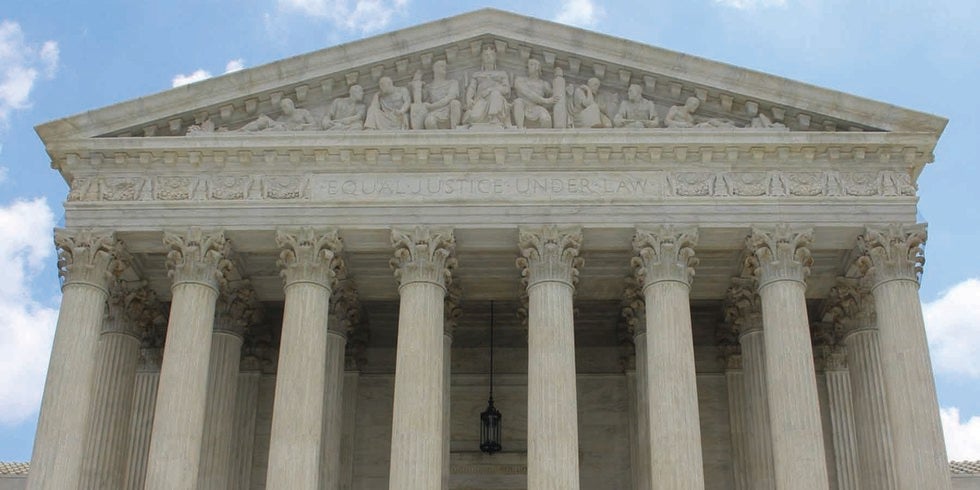 In ancient Greece, speech was thought to be superior to writing. Socrates said that true knowledge and understanding is not served by writing because it leads to misunderstanding and cannot be questioned. He told Phaedrus to inform speechwriters and lawmakers: "that if their compositions are based on knowledge of the truth, and they can defend or prove them when they are put to the test by spoken arguments, which leave their writings poor in comparison of them, then they are to be called not only poets, orators, legislators, but are worthy of a higher name, befitting the serious pursuit of their life."

Oral argument in England from earliest common law and even today is predominant. Not until the 1980s did the English appellate courts first permit and then require a written statement of the issues on appeal, which was to be devoid of argument.

The United States began on a similar path. In the nineteenth century, there were no set time limits for oral argument. Some Supreme Court arguments could last for days. In the twentieth century, as late as the 1970s, oral arguments in federal appellate cases typically were set at one hour per side. Today, argument time in the federal circuit courts averages between 10 and 15 minutes per side.

Even the Supreme Court now affords only thirty minutes per side in almost all cases. More telling is the number of appeals for which no oral argument is afforded. Between 1989 and 2011, oral arguments held in federal appeals dropped from 46% to approximately 36%.

Does the decline in the number of oral arguments and the reduced time allotted mean oral argument is a relic akin to our vestigial tail? Not at all, despite contemporary wisdom to the contrary.

First, in the federal appellate system (unlike the appellate systems in some states, such as Virginia, where appeals in civil cases are discretionary only) a losing party in a federal district court can appeal a final district court decision as a matter of right. 28 U.S. Code § 1291. And because appeals are relatively cheap compared to trials, many frivolous appeals are filed hoping for a miracle.

The courts of appeals, however, need not grant oral argument where the appeal is frivolous, the issue(s) has already been authoritatively decided, or the decisional process would not be significantly aided. FRAP 34(a)(2). Hence, the many appeals decided on the briefs. Second, the caseloads of appellate judges are such that time allotted is restricted. Between 1990 and 2008, the number of appeals filed rose by 50% from 40,893 to 61,104.

Any experienced appellate attorney knows that oral argument can mean the difference between winning and losing in a difficult case. The question really should be when oral argument is important, not whether oral argument has any value.

In 2012, I argued an appeal in the U.S. Court of Appeals for the Eleventh Circuit dealing with the Federal Deposit Insurance Corporation's removal statute, which is considerably more liberal than the general removal statutes. Six district court judges within the Circuit restricted FDIC's removal rights in a particular circumstance. FDIC's removal rights are an important tool in resolving the affairs of failed banks.

Congress wanted to provide FDIC with every opportunity to be in federal district court because failed insured depository institutions are resolved under a comprehensive federal statute. To say that the panel was skeptical of FDIC's position at the beginning or argument would be charitable. When I left the court house, although I thought I had given the panel reason at least to take another look at FDIC's position, I was sure that the Circuit would affirm for the appellee.

There is additional anecdotal information from Supreme Court justices and federal circuit judges supporting the importance of oral argument. Chief Justice Rehnquist explained that “if an oral advocate is effective, how he presents his position during oral arguments will have something to do with how the case comes out.” (emphasis original). Justice Brennan stated that: “I have had too many occasions when my judgment of a decision has turned on what happened in oral argument . . .”

Justices Powell's and Blackmun's oral argument notes have many examples of how oral argument helped decide cases. Justice Powell wrote that “argument was helpful, especially as a summary of previous law—read transcript.” His notes of Assistant Attorney General Roger C. Cramton's argument in EPA v. Mink state that AGC Cramton gave an “excellent argument (use transcript if I write).” In Jensen v. Quaring (1985), Justice Blackmun stated regarding respondent's argument: “This simplifies things for me.”

Three Eighth Circuit judges conducted a self-imposed poll over a ten-month period. They concluded that oral argument changed their minds in 31%, 17%, and 13% of the appeals, respectively. Similar anecdotal evidence from other federal judges indicates oral argument changed their preliminary decision in about 20% of cases. A study of 200 statements made by appellate judges indicated that 80% believe oral argument is very important in deciding a case. In cases I have argued in the federal appellate courts, counsel on both sides has been thanked by one or more members of a panel for their assistance at oral argument.

Because oral argument can be outcome determinative in a close case, what is the effect of shortened argument time on the appellate practitioner in such cases? In close cases, oral argument in the federal courts of appeals is oral argument on steroids. The ability to effectively make the critical points essential for a positive outcome in front of a panel of judges is an acquired skill. Experienced counsel understands that oral argument is a two-way street: Its purposes is as much to give the judges the chance to ask questions and address their concerns as is to allow counsel to reinforce the client's strongest arguments.

Although there are occasional “cold” panels, appellate judges exercise considerable control and the planned comments and order of discussing the issues rarely survive the first minutes of argument when a “hot” bench peppers counsel with questions. It takes careful preparation to be able be responsive while shaping the argument through answers to the court's questions. The unpredictable nature of oral argument places a premium on simplicity and the ability to speak in a conversational tone despite strong push-back from the panel.

Unlike district court motions practice where arguments can last an hour or more, in the appellate arena there is no such luxury. Not only that, in a district court there is only one judge; in a court of appeals argument there are at least three. It is much more likely that a judge will asks questions far afield of where counsel wants to focus.

And, while questions from the panel are always helpful, because it gives the attorney insight into a judge's thinking, the time for argument is precious and all questions must be answered while making the points most important from the attorney's standpoint. This dynamic puts a premium on moot court preparation which can go on for hours and may be repeated several times. Even the most experienced trial lawyer not familiar with restricted argument time and a hot panel can be unnerved by the experience.

So, the next time someone says that oral argument is worthless, you'll know better.

David R. Cleveland and Steven Wisotsky, The Decline of Oral Argument in the Federal Courts of Appeals: A Modest Proposal for Reform, 13 The Journal of Appellate Practice and Process 126-28 (2012).

Michael Duvall, When Is Oral Argument Imporant? A Judicial Clerk's View of the Debate, 9 The Journal of Appellate Practice and Process 121, 122-23 (2007).